Kyffin Williams was born on Anglesey in 1918 and became one of Wales’s most successful artists, famous for his paintings of the Welsh landscape and its people. Following schooling at Trearddur Bay and Shrewsbury he qualified as a land agent at Pwllheli and later joined the Royal Welch Fusiliers, from which he was invalided out due to ill health.

It was suggested to him that he should become an artist, and in 1940 he duly enrolled at the Slade School of Art. While a student, Kyffin noted that his first ever oil painting was a ‘view of Cwm Idwal painted from memory’.

He had an intimate knowledge of Snowdonia’s rugged landscape and its climate, his admiration for the working people of the land stayed with him throughout his life. 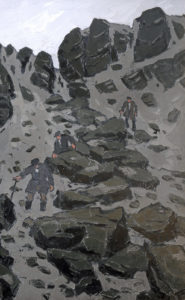 After leaving the Slade in 1944, Kyffin remained in London, securing a teaching post at Highgate School. Although physically removed from his native north Wales, his work continued to capture the spirit of the landscape and its people. He would often return home, filling sketchbooks with drawings that allowed him to create oil paintings in his London studio.

Retiring from teaching in 1973, Kyffin returned to Anglesey where he set up a studio at Pwllfanogl on the shore of the Menai Strait, overlooking his beloved Snowdonia. He worked tirelessly, receiving the OBE for his services to the arts in 1982 and was knighted in 1999. He passed away aged 88 in 2006.

The picture above was painted by Kyffin Williams around 1983. It’s name is ‘Farmers under the ridge’ (Oil on canvas), and it shows farmers returning home from their work below “Twll Du” in Cwm Idwal.

The artist from Porthmadog, Rob Piercy, gives his opinions on what makes Cwm Idwal special:

My first acquaintance with Cwm Idwal must have been in the mid to late sixties, attracted there by tales of a five hundred foot slab of rock called the Idwal Slab’s. In those days I had no interest whatsoever in painting, or anything else really, I was totally obsessed with rock climbing.

Many years later, and still to this day I am once again being drawn into Cwm Idwal but this time as a mountain painter, I was following in the footsteps of notable British landscape painters who had started visiting this impressive cwm from the middle of the 19th century onwards. They visited Cwm Idwal in search of Sublime scenery, which had become increasingly popular during the Romantic era of the 19th century.

Sublimity in art is the pursuit of nature as it really is, warts and all, words associated with the Sublime were horror, dark, gloomy, awful, threatening, vast and black. Elements which are plentiful at Cwm Idwal. My landscapes of the mountains of Wales do not necessarily adhere rigidly to these elements of painting, but to capture the true drama of these hills and mountains a certain de.g.ree of vastness and threat has to exist. Landscape painters will talk at length about the importance of light, but without dark the light would be ineffective. Looking into Cwm Idwal you are in fact looking towards the south west which means that you are looking into the light, so as I make my way back to my car at the end of a long day I would take a last look back at the Twll Du and if I’m lucky I would experience the sun breaking through the lowering clouds and rays of light would illuminate the cliffs of Glyder Fawr or the lake below. Leaving the rest of the scene cloaked in darkness. 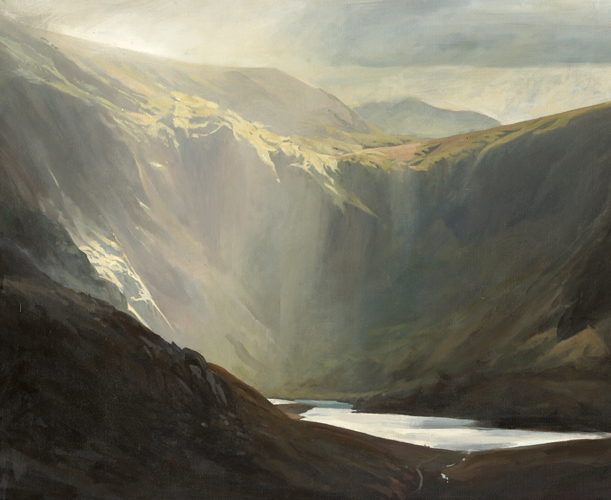 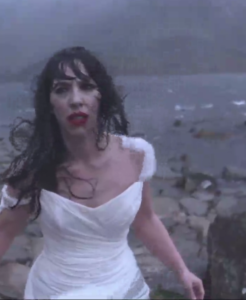 9bach captured the ‘best album’ accolade in the BBC Radio 2 Folk music awards in 2015. The result of 9bach’s music is an atmospheric, evocative and emotional hybrid of the folk tradition and contemporary influences and working practices. Building on a deepened, almost ambient sound picture, the songs take you into the landscape and the emotion that it evokes. Lisa, the main songwriter and vocalist for 9bach, was raised in Gerlan, and explains below the effect that the surrounding landscape affects her:

My creative brain and ideas swim in the small streams that run into the crystal clear lakes – Llyn Idwal, Llyn Ogwen, The Ogwen valley. I can’t escape that, it’s in you if you have been breathing this air since forever 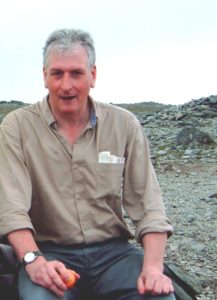 Cwm Idwal pulls me in, and that results from many experiences when I was a boy. Here are two memories that paint quite different pictures of the Cwm:

Standing at the mouth of the Cwm next to the Reverend Griffith Parry, our minister, on a quiet summer evening. He was fishing with three feathers and a ten foot ‘greenheart’ rod, and had a dozen fat trout in the basket. There was nothing to be heard in the twilight except the gentle lapping of the water, and the random clicking of the reel. As we were turning for home, the sound of a fox yelping from Clogwyn Y Tarw, with the shrill bark sounding clearly over the Cwm as if it was stating it’s claim for it’s kingdom.

Standing at the mouth of the Cwm in the middle of a storm – intentionally in order to experience the commotion – one of nature’s dramas. The Cwm, like a couldron, boiling wildly – full of low cloud and powerful winds spinning, sending the heavy rain in all directions. And under the cloud the surface of the lake was vicious, the wind whipping and throwing the tops of the waves. The Cwm was full of movement and sound. The Devil’s Couldron. It is no wonder that someone named the Twll Du ‘Devil’s Kitchen’.